EMWA About Us EMWA News Web Editorial - archive Of all bases some uncovered: Random observations and opinions on the Novel Corona Virus


Of all bases some uncovered: Random observations and opinions on the Novel Corona Virus

Not a full year ago the bette noir of medical writers, of at least those working in the US, was lawmakers hell-bent to reconstitute the practice of “freelancing” and to diminish or completely wipe out distinctions between medical writers who work as employees and those who have been considered “self-employed” — as to autonomy, professional self-determination, client-medical writer relationship, taxation, labour laws and social benefits and such. A year ago very few staid imaginations would have deigned to be exercised and dragged into fabulous speculations if told that before the year ended a micro-iota of until-then-fantastic virulence would inexorably and in reality be menacing the world. How things have changed! Now what we quondam considered a pressing professional cause has become negligible, relegated to the wings. Now every petulant freelance writer, myself included, would unhesitatingly give up on issues of professional dignity just to be rid of the mortifying pest.

We cannot see the corona virus, yet it has stolen the stage. Now justifiably panic stricken we quake with fear first and foremost for the health and lives of our selves and those close to us. Now the execrable corona virus — its stature wantonly inflated by the attachment of the self-congratulatory, awe invoking adjective “novel” — has bestowed on us an expansion of the market demand and opportunities for medical writers. Could one deliberately skirt a pun and not point out here that medical writing is one of the professions that are going viral now because of the pandemic? We ruefully and with dispiriting certainty can imagine even now that those rapidly proliferating opportunities will thrive well into the future. Yet however one regards it, the pandemic is a scourge that stokes selfishness — hygienic of course, but also financial and budgetary...

Medical writers have substantial contributions to make to efforts to learn and communicate about our pandemic. At the same time the urge no doubt is heavy and widely shared to join the swarms and unleash on this new pest verbal fusillades, at once vengeful but also scientifically hopeful. Legions of colleagues at this instant hastily are fine-tuning the drafts of their own individual or collective ripostes. Many already have and are in the pipeline, many more will continue for quite a while. Even if the morass we are in were not oppressive, the topic is vast and multifaceted — and unwieldy. In our laboratories, facing our word processors, or ensconced in our recliners distanced and sheltered cogitating fates and challenges confronting us, we can but fan hopes and prayers. There is so much as yet unknown and still to be discovered, multiplicity of topics to be classified and outlined, pathways and algorithms to be elucidated, much self-serving and untruths to be distinguished from what is liberating, much to be said and to be written. And, since opportunism evidently is rampant, much and many also for us to expose and denounce.

The focused expertise of the specialists and the broad-based outlooks of generalists do not always work synergistically. Good intentions and dedication do not always make good medical practice or journalism. Will the key answers to the obscurities of the pestilence be found in integrative medicine or in allopathy? Constraints and hurdles are abundant and multiplex.  The following is a restricted overview, so medical writing colleagues might at best have to be left to anticipate and be satisfied with a self-inculpatory quality control, and readers lay or professional might generously have to ascribe its shortfalls in coverage not to evasions from the nuances of a fraught discourse, but to an attention span overwhelmed by the vastness of the topic. That awareness and purpose is the spirit in which I am starting my series of random observations and judgments on this cursed affliction of our world. No doubt peers and colleagues will make their own contributions to the reportage and debate and will fill in the lacunae to which I allude in this polemic. I hope that unconcealable personal undercurrent of frustration and angst does not weaken it. This is not supposed to be a cathartic or recriminative exercise.

I rely on a major and widely read metropolitan newspaper to get a more-than-enough daily 15-minute dose of popular mass news (in recent months my skimmings somewhat lengthened because of the pall of the pandemic). On its front page it has been publishing — faithfully but not punctiliously, as I will later target — a daily updated cumulative table of some of the ongoing toll of the corona virus: “deaths” and “cases” in the region, the state and the US presented under a table heading christened “Corona Virus Tracker”. Let’s put aside the perception that that title indecently seems to revel in its very presence on the front page, like a cheerleader jubilant and terpsichorean, for this is about content. On May 14th I went through a for-me-provocatively-intentioned computation using the preceding day’s Covid-19 death count. So although the count has been deteriorating since then, I will use the May 14th figures for the discussion that follows.

On May 14th the overall Cofid-19 death count for the State of California (population 40M approx.) was 2,970, or almost 0.0076% of the state population, and for the country (US, 330M population) 84,133, or almost 0,025%. The computations of the percentages are mine. The compiler and publisher of the tracked updates do not give readers relative fatality rates. They do not bother to enhance perspective and depth of information. If taken to task they are likely to argue that no lapses have occurred, and they have fully met all obligations to the readers, to medical journalism, and to health care. But we are taught to avoid ambiguity. The readers of this approach of tracking would be better served if the publishers confirmed explicitly, for example, in a caption to the tables that all deaths were caused exclusively by the corona virus — if that in fact was the case. Or on the other hand, perhaps that the death counts may have included deaths otherwise classifiable as independently imminent and just coincident with Covid-19 infections. Further, the publishers are apt defensively to declare there is no problem, because most readers who delve into the data they have published are likely to assume that the metrics in question concerns fatalities resulting from Covid-19. But why rely on assumption when full transparency and clarity would surpass?

In these heydays of the corona virus everyone is a medical communicator, everyone clients of medical communicators, everyone a consumer of medical information. In a speedy look through several competing publications I noticed other formats of expressing comparably purposed mortality counts, with variances in their features attributable in part to whether the publication is scientific or targeted to lay readers. For example some medical practitioners/writers treated all deaths as if the virus caused them, and they expressed the toll as so many per 100,000 persons of the population of the geographic area among whom the deaths occurred (a number that for clarity could easily be converted to a % figure — 1/100=1,000/100,000 figure). Or as in another approach — known as “case fatality rate” (CFR), in which the number of deaths at the end of an interval is crunched with the number of all patients starting the study period ill. With the biological and emotional burdens of our current perilous circumstances in mind, this rate could be more uplifting and conducive to optimism if it were designated and expressed as “case recovery rate”. Whether of deaths or recoveries, the total count would be more meaningful, as it should, even reassuring and becalming, if it were used thus in a reportorial context: not just “so many”, lumped up, but “so many out of so many”. Sample size and probability are important. There is a difference if 1,000 die out of 1 million or if out of 330 million (the approximate size of the US population). In medical decision-making the usefulness of a metric is weakened if the data are not coupled with indications of probability. But even more important: a patient has the right to expect transparency and the opportunity to make personal choices and take risks based on outcome probabilities appropriately disclosed to her/him. There is a difference between sensationalisation of data and journalistic precision, between static and progressive knowledge. The obligation of medical communicators is to fully inform while avoiding reportorial fluff.

Should we as readers prefer to be presented a sum — heavily compacted, leaden data — or be provided breakdowns and probabilities? Statistics are retrospective, though often prospectively mobilized for the benefit of the future. With respect to certain public health regulations could proscribe patients’ unrestricted choices from the smorgasbord of medical options. For example, the right of citizens to be protected from contagion from others may be invoked to relegate to second place an individual’s right to refuse to wear a protective/prophylactic mask — no matter how small and insignificant personally to the individual the risk of dying as a result of not wearing a mask.

As an epidemiological marker death is discontinuous and binary: either/or; in or out. When it comes to the fortune of any one individual, the probability that he or she will have a specific diagnosis or experience a particular therapeutic outcome is in reality just 50/50 — until it is all done and over with, at which time the patient transits from being a multi-exposed, pleni-vulnerable individual to a statistic. Certain cultures support, some more deliberately than others, support a reluctance frankly to share ominous diagnoses, and sensitive to patients’ or their families’ feelings, condone the blunting of the impact of bad medical news by concealment and strained mealymouthedness. There is a paternalism in such suppression, but more detrimental to the individual concerned is the provision of partial information.

Without qualification a lumped number in fact can be benumbing and foreboding — it can stoke panic and inflate doom, especially acutely if the fatality number is growing and broadcast daily. On the other hand, to present people with a risk factor (percent, statistical probability, incidence, prevalence, and so on) reinforces first an undeniable aspect of life: that in everything in life there are risks. It is not humanly possible to eliminate all risk. At best one can hope to have enough and relevant information to make choices between one or another non-guaranteed outcome. How much risk and exposure can an individual rationally be able to chose? Some people refuse to fly, no matter that has a smaller risk than travelling by car. Others can, but do not, stop smoking cigarettes. A relatively small risk of dying if it is publicly disclosed is not an invitation to abandon. It is a personal choice that should be exercised with full knowledge of risk and probabilities based on knowledge disseminated by us medical writers whether in mass or professional media. When we move past mortality into other aspects of Covid-19, the variables are more complex and the debate is even more fraught: to test or not to test, for example, cases, recovery, masks, asymptomaticity and many more quibbles than the value of calculated retrospective and prospective mortality rates... But those are topics scheduled for a following webeditorial. 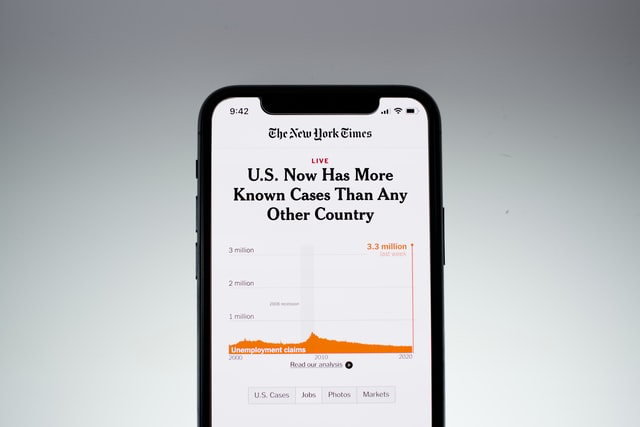